By contrast, individual physicians working on their own or in small practices can face harsh penalties for taking a similar approach — or even for simply noting on websites that they are among the state-approved physicians who can certify patients for medical marijuana cards.

Pennsylvania’s advertising restriction on physicians is a rare one, according to multiple medical cannabis law and policy experts. Of Pennsylvania’s neighbors, only West Virginia has a similar advertising ban for health-care professionals, a Spotlight PA review found, and regulators there have a more lenient interpretation of what certifying physicians are allowed to say online.

“It’s a terrible disadvantage to the physicians locally,” said Jeff Riedy, executive director of the Lehigh Valley chapter of the National Organization for the Reform of Marijuana Laws.

Companies frequently promote fees of $125 to $225 for a first certification, a document that allows a patient to receive a medical marijuana card from the state and shop at dispensaries. Riedy worries “quick-fix physicians” are asking leading questions and rushing through the process. Friends of his have received approval from certification company physicians — and then turned to Riedy with questions he said a doctor should have covered.

“It’s not necessarily legitimate and it leaves patients unsure of what’s going on,” he said, later adding, “I think it’s mostly just a monetary incentive for them to get the cash from people. They really aren’t so much concerned about directing the people in the right direction.”

A previous Spotlight PA investigation found two companies that offer to help patients qualify for medical marijuana cards — Releaf Specialists and Compassionate Certification Centers — made statements on their websites that multiple health policy and addiction treatment experts called misleading, incorrect, or possibly dangerous. Both companies defended the language they used when questioned by Spotlight PA, but the research they provided didn’t substantiate their claims.

One of those companies, Compassionate Certification Centers, had a media kit on its website that touts its large online audience: “OVER 150,000+ registered Medical Cannabis patients view our website on a regular basis!” The same 2020 media kit says, “We own the first page for the majority of all search engine searches.”

Practices at certification companies vary, and in interviews and public statements some operators said they were motivated by a desire to help people — not just turn a profit. They described the convenience they offer customers, the steps they take to verify that patients qualify, and the care they provide throughout the process. And regardless of how individual physicians connect with patients, doctors still have a responsibility to follow the requirements of Pennsylvania’s medical marijuana law.

Still, in the competition to attract potential medical marijuana patients, it’s not an even playing field.

The state’s medical marijuana law doesn’t mention certification companies, and a spokesperson for the Department of Health previously told Spotlight PA the agency doesn’t “have any regulatory authority” over them.

But the department does have power over physicians who certify patients. In addition to being licensed by a state board to practice medicine, these physicians also must be approved by the Department of Health to certify patients for medical marijuana. The agency has threatened to kick some practitioners out of the medical marijuana program for alleged advertising violations, documents obtained through Right-to-Know requests reveal.

And in at least one case, the department told a physician she could face even more serious consequences, alluding to the potential suspension or revocation of her license in a warning letter. If she didn’t remove “prohibited marketing items” from a website, the Department of Health wrote, one of the state medical boards could take disciplinary action against her license.

“I was shocked,” MaryFrances Koester, the physician who received that warning, told Spotlight PA. “Quite frankly, I was scared. And I was angry because I didn’t think I’d done anything wrong.”

Koester is an emergency medicine physician who decided to start her own cannabis telehealth business in Lackawanna County in 2020. She sees cannabis as a life-changing treatment option for many patients who suffer from chronic pain, anxiety, post-traumatic stress disorder, and other conditions.

In a letter dated May 2021, the department told Koester she violated state rules because of statements on the website for Cannabis Care Consultants. A video embedded in a blog post and information on a second page “advertise your services as a practitioner who can certify a patient to receive medical marijuana products,” the department said.

Koester updated the website. But in a response to the Department of Health, Koester disputed that what she did was advertising.

“Patients want to know about the practice/doctor they choose, at least the legitimate patients who are truly seeking medical help,” Koester wrote. She told the department her medical marijuana practice is “tiny,” and she might see five patients a week.

“I would work less, make more money, and not have the Director of Medical Marijuana writing threatening letters to me if I worked for one of these large companies,” she wrote in the same email. “But I believe that these organizations damage the legitimacy of medical marijuana and threaten the program.”

Her changes resolved the department’s concerns, she remains a registered practitioner in the state’s program, and she never faced disciplinary action on her license, recent public documents and responses to open records requests show.

Over a roughly four-year period, the Department of Health sent about a dozen letters to physicians, including Koester, for alleged medical marijuana advertising violations, according to documents provided in response to Right-to-Know requests. One of those letters threatened disciplinary action against multiple physicians.

In some cases, physicians or website managers responded by removing any references to medical marijuana and certifications from their websites. Other times — such as when the Department of Health alleged websites identified practitioners under the heading of “Medical Marijuana Doctors” or as a “Certifying Physician” — they removed specific information.

While the state has warned a small fraction of the roughly 1,800 approved medical marijuana practitioners in the state, the advertising ban has a broad impact, limiting how physicians communicate and creating extra barriers for patients.

“That’s very, very restrictive for the success of the program,” said Lauren Vrabel, a cannabis pharmacist in Allegheny County and a member of the national group Doctors for Cannabis Regulation.

The advertising ban does not affect pharmacists like Vrabel — in Pennsylvania, only medical doctors and doctors of osteopathic medicine can certify patients for medical cannabis. But Vrabel doesn’t think cannabis-certifying physicians should be treated differently than surgeons, dermatologists, and other practitioners who can describe the services they provide.

In other states, the advertising restrictions would be less important because there’s less uncertainty about which doctors can approve patients for medical marijuana. In Michigan, for instance, any licensed medical doctor or doctor of osteopathic medicine can do so.

But in order to certify patients in Pennsylvania, physicians must register with the state, complete a four-hour training course, and then receive final approval from the Department of Health. The large majority of physicians here have not gone through that process, which means they cannot certify patients for medical marijuana.

“By creating the registry and discouraging mainstream doctors, what we have seen pop up to fill that space is a bunch of what I would consider kind of gray-market operators,” said Chris Goldstein, a regional organizer with the National Organization for the Reform of Marijuana Laws.

The Pennsylvania Department of Health maintains a public list of approved medical marijuana practitioners that includes their county, name, location, and specialty. It does not, however, provide phone numbers or websites, and it doesn’t specify whether the physicians are accepting new patients.

Meanwhile, physicians who try to make themselves easier for patients to find can run into trouble.

Sun May 29 , 2022
Image source: Getty Images Using the right e-commerce strategies for your small business can take your company to the next level. It can help you generate leads and sales without spending a fortune. According to OptinMonster, 93.5% of internet users globally have made a purchase online. The figure is a […] 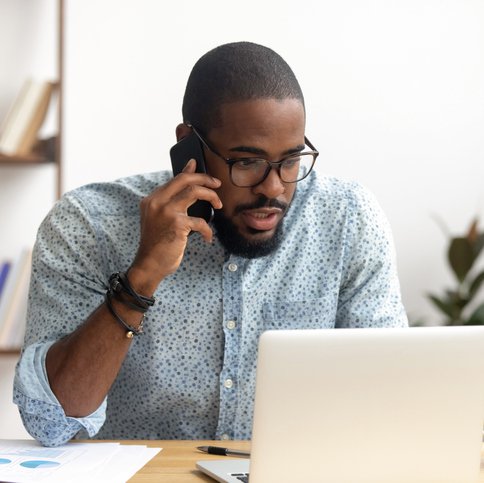