The technology and telecommunications sector continues to be the prime area for M&A, private equity, venture capital and asset acquisition transactions in the main Latin American markets, as shown by the latest figures from Transactional Track Record (TTR).

This is certainly the case in Brazil, Mexico and Chile, three of the most active markets in the region for these types of investments. But how does the trio compare with each other when it comes to deals in the sector?

In the first quarter of the year, the Brazilian market recorded 569 transactions (M&As, private equity, VC and asset acquisitions), with a total disclosed deal value of 63.9bn reais (US$13.6bn).

The figures show a 19% year-on-year increase in the number of transactions, but a drop of almost 60% in the reported value, according to TTR. Of the total operations, values were revealed for 46%, while 74% of the transactions have already been concluded.

With 102 transactions (18% of the total) in the quarter, the Internet, Software & IT Services sector was again the most active, although this was a 37% drop compared with the same period of 2021, according to TTR. In second was the Industry-Specific Software sector with 91 transactions.

Brazil’s BTG Pactual leads TTR’s ranking of financial advisors for the period, both in terms of the number of transactions and the value of the deals, being responsible for 16 operations worth 22.1bn reais.

In the ranking of legal advisors, Bronstein Zilberberg Chueiri & Potenza Advogados led the line in transaction numbers in Q1, with 36. In value terms, the leader was BMA – Barbosa Müssnich Aragão, with deals worth 17bn reais.

Real Estate and Internet Software & IT Services were the two most active sectors, each with 13 transactions (15.2% of the total), up 160% and 30% year-on-year, respectively.

One of the operations recorded in the first quarter was the conclusion of the merger of Grupo Televisa’s content and media business with Univisión. However, the value of this transaction, at US$4.8bn, is almost double the total deal value reported by TTR.

In TTR’s ranking of legal advisors, DLA Piper Gallástegui, Lozano Mexico and Greenberg Traurig Mexico led by the amounts involved, with US$225mn each.

By number of deals, Creel, García-Cuéllar, Aiza y Enríquez, and Galicia Abogados each had three transactions.

Of the total, 28 were M&As, 23 were VC deals, six were asset acquisitions and three private equity operations.

The Internet, Software & IT Services sector led the way with nine transactions (15% of the Q1 total), followed by the Banking & Investment sector, with seven.

“However, in annual terms, the Internet, Software and IT Services sector saw a drop of 10% [in number of transactions], while the Banking and Investment grew by 133%,” TTR wrote in its Chilean report.

In the ranking of financial advisors, Citigroup led in terms of amount and number of operations, with two deals worth US1.90bn.

In the ranking of legal advisors, Carey was the leader in Q1 with five transactions worth some US$1.90bn.

Embracer Stock: Growing At Over 90%, Trading At A Discount (OTCMKTS:THQQF) 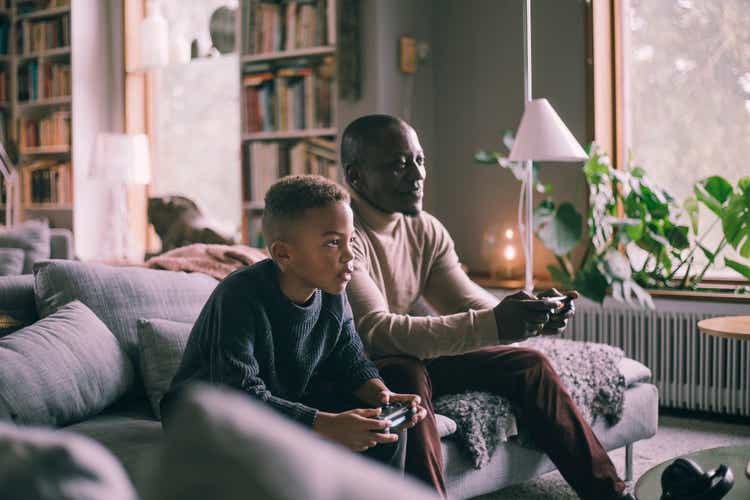