After a nearly month-long suspension, the Moscow Stock Exchange is slated to resume trading of 33 companies in the benchmark MOEX Index on Thursday from 9:50 a.m. to 2 p.m. local time. In the U.S. that is 2:50 a.m. ET to 7 a.m.

Some of the biggest Russian companies that will trade include the Credit Bank of Moscow, Gazprom PSJC, Lukoil PSJC, Novatek PAO, Sberbank PSJC and VTB Bank. The Bank of Russia emphasized that there would be a ban on short-selling of the 33 stocks.

Under a policy announced on Feb. 28, Russian brokerages are temporarily banned from selling the securities of foreign clients. Foreign investors owned approximately $86 billion of Russian stocks at the end of 2021, according to data from the Moscow Exchange.

An interior view shows the headquarters of Moscow Exchange in Russia on April 27, 2021. (Reuters/Maxim Shemetov/Files)

The move to resume trading of select stocks comes after the exchange restarted trading of federal loan bonds on Monday.

The Moscow Stock Exchange’s longest suspension in history started after the U.S. and other nations imposed sanctions against Russia for its invasion of Ukraine. The sanctions have clobbered the Russian economy and briefly sent the ruble to a record low.

Since the invasion started, a slew of companies have announced they would suspend Russian operations or investment, including oil giants BP and Shell and big banks such as Goldman Sachs, JPMorgan Chase and Deutsche Bank.

MSCI Inc. also said it would reclassify the MSCI Russia Indexes from “Emerging Markets” to “Standalone Market” status and the FTSE Russell removed Russian stocks from its equity indices.

In addition, the New York Stock Exchange and Nasdaq have suspended trading of Russia-based companies and select Russian banks were removed from the SWIFT financial system.

Fri Mar 25 , 2022
To now be selected by two major telco providers has been part of a record-setting year in customer acquisition. Tweet this With the continued rise of mobile smartphone adoption and the greater need for wireless connectivity in people’s lives, as well as the recent widespread adoption of 5G, the telecommunications […] 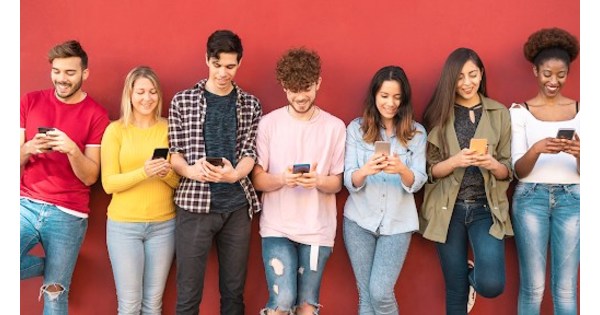