NEW YORK (AP) — Another erratic day of trading on Wall Street ended with an uneven finish for the major stock indexes Thursday, after the market reversed most of an early slide in the final hour of trading.

Trading on Wall Street has been volatile, with indexes prone to sharp swings from one day to the next, or within a single day, as investors try to shield their portfolios from the impact of the highest inflation in decades and rising interest rates as the Federal Reserve moves to tame surging prices.

Another dire readout on inflation sparked a wave of selling early Thursday, with technology stocks weighing down the S&P 500 index the most. The sector made solid gains during the pandemic amid a broad shift to working and shopping from home, but it has seen sharp declines as inflation worsens and interest rates head higher. Apple and chipmaker Nvidia each fell 2.7%, while Microsoft dropped 2%.

“The pullback in growth stocks, tech in particular, has been dramatic,” said Brian Price, head of investment management at Commonwealth Financial Network. “We have a reckoning, if you will, that maybe we did go too far too fast” with many of those stocks.

The Labor Department on Thursday reported that wholesale prices soared 11% in April from a year earlier. Many of the costs at the wholesale level are being passed on to consumers as companies try to cover higher expenses. That has raised more concerns about a potential pullback in spending that could crimp economic growth.

Inflation pressure has been building for consumers. On Wednesday, the Labor Department’s report on consumer prices came in hotter than Wall Street expected. It also also showed a bigger increase than expected in prices outside food and gasoline, something economists call “core inflation” and which can be more predictive of future trends.

Rising inflation has prompted the Federal Reserve to pull its benchmark short-term interest rate off its record low near zero, where it spent most of the pandemic. It also said it may continue to raise rates by double the usual amount at upcoming meetings. Investors are concerned that the central bank could cause a recession if it raises rates too high or too quickly.

Inflation has been worsened by Russia’s invasion of Ukraine and the conflicts impact on rising energy prices. China’s recent lockdowns amid concerns about a COVID-19 resurgence have also worsened supply chain and production problems at the center of rising inflation.

The impact of higher prices for consumers has been global. On Thursday, Britain said its economy grew at the slowest pace in a year during the first quarter. That is raising fears that the country may be headed for a recession.

The latest round of corporate earnings are also being closely watched by investors as they assess how companies and industries are handling the pressure from inflation. Entertainment giant Disney fell 0.9% after missing analysts’ forecasts in its latest earnings report. Coach and Kate Spade owner Tapestry jumped 15.5% for the biggest gain in the S&P 500 after reporting strong financial results.

“We’ll continue to pay attention to what the Fed has to say, but it’s worthwhile to pay attention to company outlooks on earnings calls,” Price said. “That’s something that investors will focus more and more on as we go into the second half of the year, how durable are company earnings.”

Bitcoin got caught up in the selling. The digital currency was down 2.9% to $28,551 in late afternoon trading late, according to CoinDesk. Only six months ago it was over $66,000.

“Bitcoin is still vulnerable to one last plunge that could coincide with a stock market selloff, before many crypto investors feel the bottom is in place,” Edward Moya, senior market analyst at OANDA, wrote in a research note Thursday.

How To Tell Compelling Stories In B2B Marketing

Fri May 13 , 2022
By Samuel Thimothy, VP at OneIMS.com, an inbound marketing agency, and co-founder of Clickx.io, the digital marketing intelligence platform. getty Trying to make sense of the world around us is a part of human nature. That’s why we love stories. It’s easy to find lots of storytelling examples in B2C […] 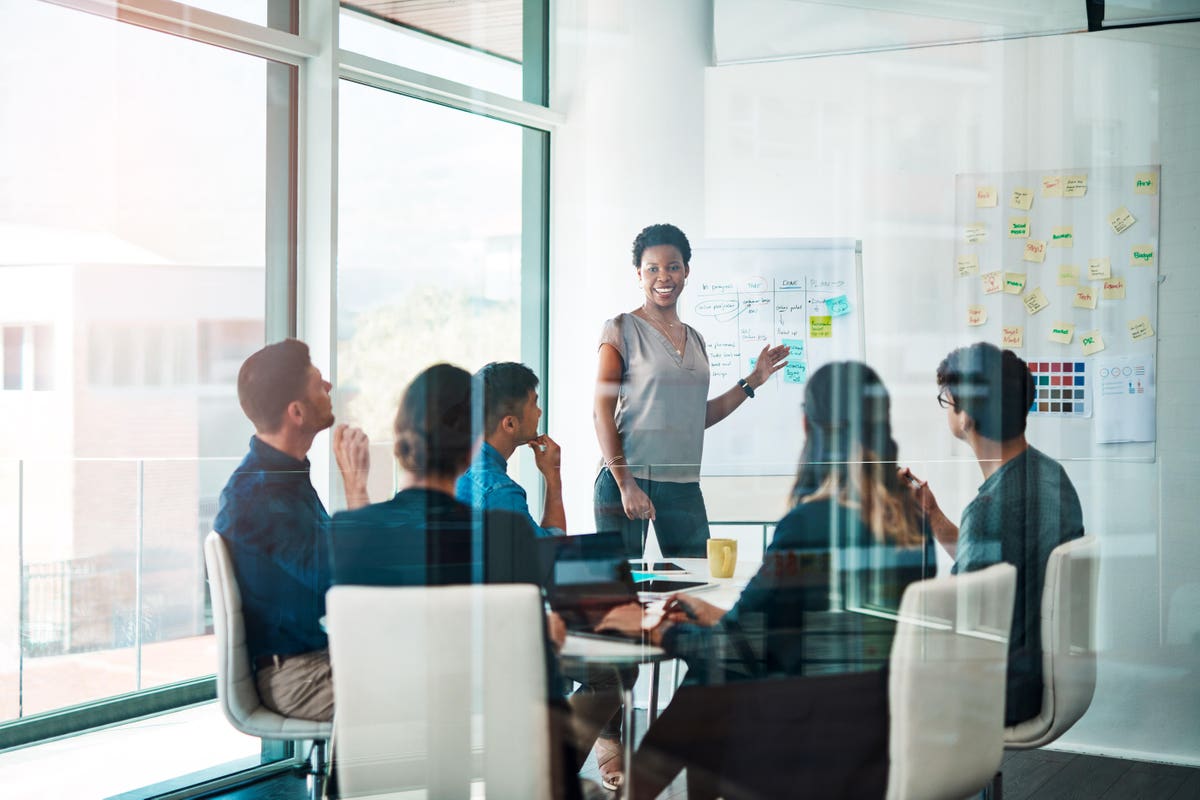