Stocks indexes bounced back from a midday slump on Wall Street to finish higher Monday, adding to the market’s recent winning streak despite lingering worries about the resilience of the global economy amid surging inflation and geopolitical tensions.

The S&P 500 rose 0.7% after being down as much as 0.6%. The Dow Jones Industrial Average eked out a 0.3% gain after having been in the red much of the day, while the Nasdaq composite climbed from a 0.5% deficit to close 1.3% higher. The indexes were coming off two straight weekly gains.

Trading has remained choppy, even through the market’s recent run of gains, as investors try to gauge what’s next for inflation and the global economy as the repercussions of Russia’s invasion of Ukraine continue to play out.

The benchmark S&P 500 posted a 1.8% gain last week and a 6.2% rise the previous week. It’s also up eight of the last 10 trading days, which is “pretty impressive,” said Randy Frederick, vice president of trading & derivatives at Charles Schwab.

Frederick said many investors may have reached a point of “panic exhaustion,” which could explain the market’s recent gains. Plus, he notes, apart from inflation, economic fundamentals look good, including a strong labor market and consumer spending.

Technology stocks helped power much of the comeback in the benchmark S&P 500 along with retailers, cruise lines and other companies that rely on consumer spending. Microsoft rose 2.3% and Tesla vaulted 8% for the biggest gain in the index.

Those gains outweighed a pullback in other sectors, including banks, which fell as bond yields eased lower, and energy stocks, which lost ground as crude oil prices closed sharply lower. Citigroup fell 1.4% and Exxon Mobile slid 2.8%.

U.S. crude oil slumped 7% and Brent crude, the international standard, fell 6.8%. The drop followed news that China began its most extensive coronavirus lockdown in two years to conduct mass testing and control a growing outbreak in Shanghai. That could put a dent in global demand for energy.

Oil prices remain volatile amid the backdrop of Russia’s invasion of Ukraine. The United Arab Emirates’ energy minister doubled down Monday on an oil alliance with Russia, saying that nation, with its 10 million barrels of oil a day, is an important member of the global OPEC+ energy alliance.

Ukraine and Russia are due to hold talks early this week in Turkey.

Russian shares slumped as its stock market resumed trading of all companies after a monthlong halt following the invasion of Ukraine. The last full trading session in Moscow was on Feb. 25, a day after the index tumbled by a third after President Vladimir Putin ordered the invasion.

Bond yields eased back after shooting higher this month. The yield on the 10-year Treasury fell to 2.46% from 2.49% late Friday. Bond yields have been rising as Wall Street prepares for higher interest rates. The Federal Reserve has already announced a 0.25% hike of its key benchmark interest rate and is prepared to continue raising rates to help temper the impacts of rising inflation.

Company-specific news helped lift several stocks on an otherwise quiet day as the latest quarter nears its close and Wall Street prepares for the next round of corporate earnings. Tesla’s big stock price jump came after the electric car maker said it is considering another stock split. Plantronics jumped 52.6% after HP said it will buy the headset maker.

Tue Mar 29 , 2022
Here’s a batch of new ecommerce books for spring. There are titles on analytics, business disruption, international commerce, breakthrough design, startup success, podcasting, direct-to-consumer brands, and the metaverse. I compiled this list using Amazon. From Amazon’s “Books” category, I selected “Business & Money.” From there, I chose the “Processes & […] 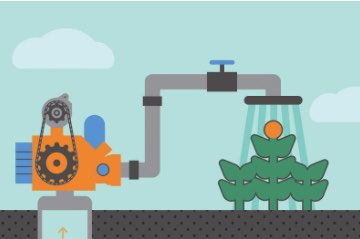