Kyndryl is the new name for IBM’s managed infrastructure services business, which will spin off as a separate company by the end of 2021. Initially, little will change for customers — except perhaps the logo on their invoice — but in time Kyndryl’s split from IBM will allow both businesses to innovate and to work with new partners.

What does Kyndryl do?

Essentially, Kyndryl does exactly what the managed infrastructure services unit of IBM’s Global Technology Services segment did: outsource the management of enterprises’ IT infrastructure, whether it came from IBM or another vendor.

Under IBM’s stewardship the activities moving to Kyndryl have been in slow decline from $21.8 billion in annual revenue in 2018, down 7% to $20.28 billion in 2019, and down 4.6% to $19.35 billion in 2020, according to IBM filings with the SEC. But Kyndryl estimates that the $415 billion market opportunity it addresses is growing at 7% a year, with some areas it is targeting (including security, intelligent automation, and public cloud managed services) growing even faster.

What does Kyndryl mean?

Kyndryl claims its name is derived from the words “kinship” and “tendril.” It is meant to evoke new growth and working together, and definitely not to hint at some kind of medication or a character in an online fantasy role-playing game.

What does Kyndryl’s split mean for IBM?

IBM will still be one of the biggest technology businesses in the world. Post-split, its largest operating segment will be Cloud and Cognitive Software, which brought in $23 billion in revenue in 2020, followed by Global Business Services, its consulting unit, at $16 billion. Global Technology Services, the segment from which Kyndryl is being spun out, will shrink to around $7 billion in revenue derived from the remaining Technology Support Services business unit.

How big is Kyndryl?

Kyndryl may be a little short in the vowel department, but it starts life with 4,600 customers (including 75 of the Fortune 100), over a quarter of IBM’s 350,000 staff, activities generating $19 billion in annual revenue, and an order backlog (aka long-term maintenance contracts from all those customers) of around $62 billion. Where that puts Kyndryl in the rankings depends on what you’re measuring. IBM says Kyndryl will be the largest managed infrastructure services provider, twice the size of any other, but IT channel publication CRN says Kyndryl will be only the fifth-largest solutions provider, a much broader category, behind Accenture, what’s left of IBM, DXC Technology, and Tata Consulting Services.

Like crazy! Although it inherited around 90,000 IBM staff, Kyndryl hired over a dozen top executives in 2021, and has 1,509 lower-level job openings posted at time of writing, more than 300 of them in the US, with other significant concentrations in Hungary, Brazil, the Czech Republic, Poland, and Costa Rica. Half the openings are for technical specialists, with more than 100 openings in each of systems architecture and sales.

Who works at Kyndryl?

Most staff at Kyndryl are simply changing email addresses, carrying on doing the same work for clients as they did at IBM before the split. Indeed, Kyndryl has gone out of its way to reassure customers that their key points of contact and support, and the other team members they work with, will not change — and that the company will even continue to work with experts in other divisions of IBM as it did before.

But the company is bringing in new blood for many of the most senior roles, either hiring in from other companies, or poaching from other divisions of IBM.

CEO Martin Schroeter is ex-IBM: He left the company in June 2020, before the spin-off was announced, and came back to lead Kyndryl, then known as NewCo, in January 2021. He was previously senior vice president of global markets at IBM, and before that its CFO. As Kyndryl’s CEO, Schroeter will take home a base salary of $1 million, a $2 million “transaction bonus” if he stays with the company through the spin-off, or if the spin-off is cancelled for reasons outside his control, and a performance-based share grant worth $10.5 million spread over three years, according to IBM filings with the SEC.

The next senior appointments, in March, were Chief Marketing Officer Maria Bartolome Winans, who came to the spin-off directly from her role as CMO for IBM Americas, and Group President Elly Keinan, another former IBMer who took time out to work in venture capital after 33 years at the company. Keinan will receive a base salary of $800,000, a sign-on bonus of $2 million if he stays for at least two years, a transaction bonus of $1.6 million and a performance-based share grant worth $5.6 million.

Early May 2021 saw the poaching of more senior IBMers. Chief Transformation Officer Nelly Akoth was previously with IBM Global Business Services; Leigh Price moved from one leadership role in strategy and corporate development to another; and Vineet Khurana became controller at Kyndryl after five years in three different CFO roles at IBM.

It wasn’t until the second half of May that Kyndryl began to name its top technical staff:

CIO Michael Bradshaw is new to IBM, having previously served as CIO at NBC/Universal and as CIO for Mission Systems and Training at Lockheed Martin.

CTO Antoine Shagoury is a former CIO of US bank State Street and of stock exchanges in London and the US. Most recently, he worked at strategic advisory partnership Ridge-Lane.

Other senior Kyndryl hires from outside IBM include:

Who is on Kyndryl’s board?

To provide the new company with more stability, Kyndryl’s board of directors will serve overlapping three-year terms through 2027, so that it will take at least two elections for an outside group to take control of the board.

Kyndryl’s first 10 directors will be:

What’s next for IBM?

Customer needs for application services and infrastructure services are diverging, and so spinning off Kyndryl will allow IBM to focus on growing its open hybrid cloud platform and AI capabilities, IBM CEO Arvind Krishna said in October 2020. The split turns IBM from a services-led company to one making more than half its revenue from software and solutions.

But until that growth takes hold, Kyndryl and IBM will remain close, as they will begin their separate lives as one another’s largest customers.

Cremation Borrows a Page From the Direct-to-Consumer Playbook

Sun Jul 24 , 2022
Operating as a tech overlay may work well for, say, a travel or hospitality start-up, but in the funeral business, it brings its own headaches. In almost every state, consumers can buy cremations only from a licensed funeral home. That means every one of these start-ups needs a brick-and-mortar shop […] 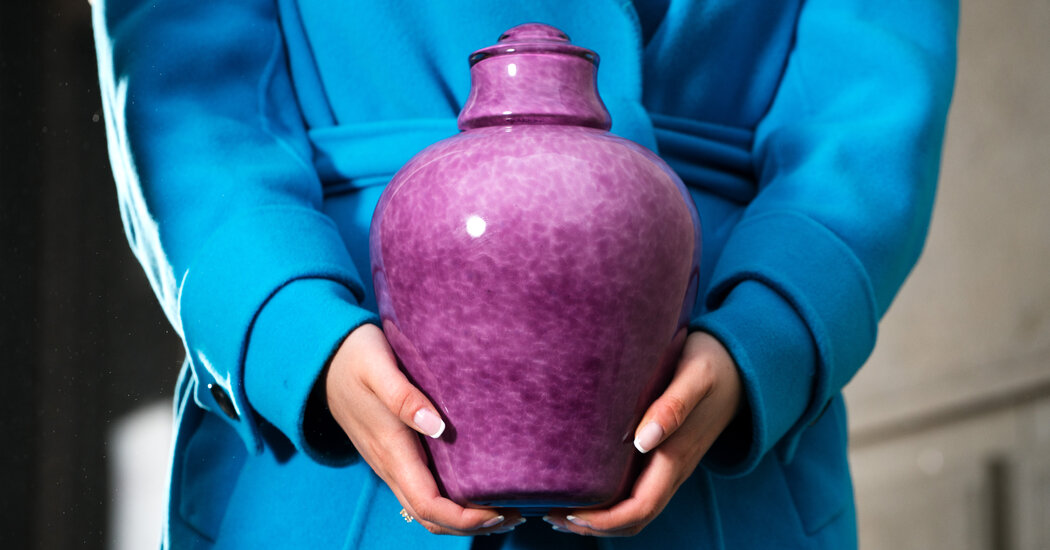