Right, we’re getting really into season two of Love Is Blind now – at the point where stalking their LinkedIns to find out what they all really do for a living and professionally isn’t that weird. Right? Well, I’ve done it, so here we are.

This year the bunch are all very different. We’ve got hairstylists, real estate agents, a DJ and vet and even someone who works for one of the Big Four. Plus, they all went to university and studied a whole range a degrees before they kicked off their careers.

Here are all the remaining Love Is Blind season two cast members who have LinkedIns, and what their profiles say about them.

First things first, can we discuss Shayne’s hair in his LinkedIn picture? That quiff is at least three storeys high. He’s listed as a real estate broker associate for RNP Group Real Estate in Chicago. He’s been in the role for over three years, having started there in 2018. Before then he did a number of other sales roles, and also worked as a personal trainer.

Shayne has a degree in Business Administration and Marketing from the University of Wisconsin and was a baseball player at uni. Shayne currently has just over 300 connections, and has been endorsed for skills such as sales, social media, fitness and marketing. 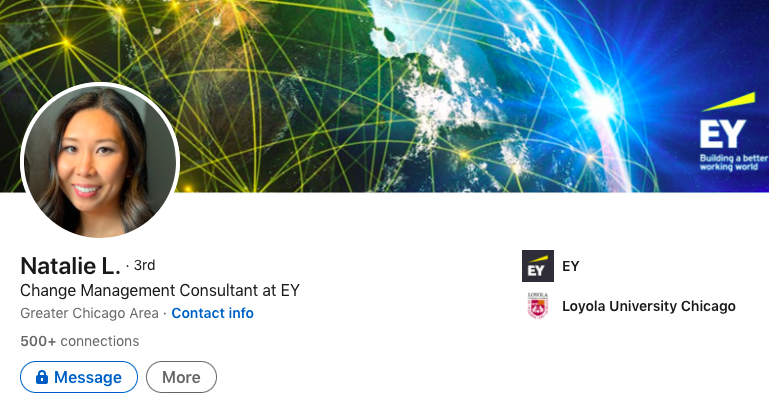 Natalie has loads of connections on her LinkedIn, with 500+. She listed as a change management consultant at EY. Yes, that’s Ernst & Young, one of the Big Four accounting firms!! EY has revenue of $40billion a year and over 300,000 employees. Natalie has worked there for over three years and previously worked for GE – so she’s no stranger to big name companies. She also has a degree in International Studies from Loyola University Chicago and her profile states she can also speak Korean and Spanish “proficiently”.

Ok sorry but my main take from Jarrette’s LinkedIn is that he’s set up an audio next to his name where you can click it and it’s a recording of him saying his own name?! I didn’t even know you could do this? He too is very popular, with 500+ connections. He’s an associate project manager at Blue Cross and Blue Shield, where he has worked for over seven years. His bio adds that he is skilled in Microsoft Word and Outlook. Jarrette has a degree in HR from Ferris State University. 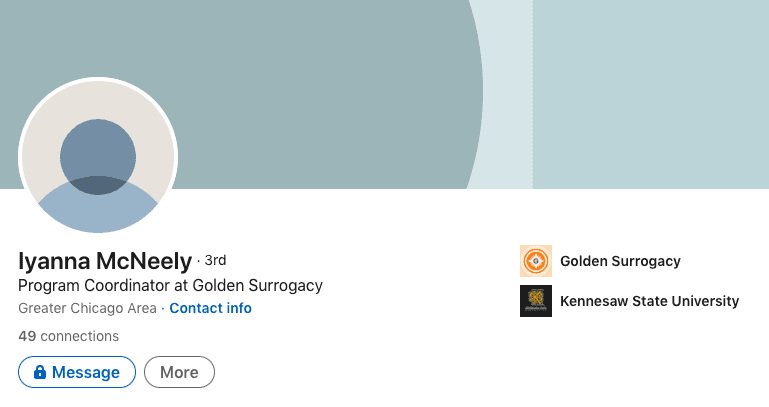 Iyanna’s LinkedIn is currently a bit empty, with no profile or cover photo and only 49 connections. For two years she has held the position of program coordinator at Golden Surrogacy – a clinic in Illinois. She’s previously worked as a behavioural counsellor and family support specialist. She studied for a degree from Kennesaw State University between 2012 and 2017. 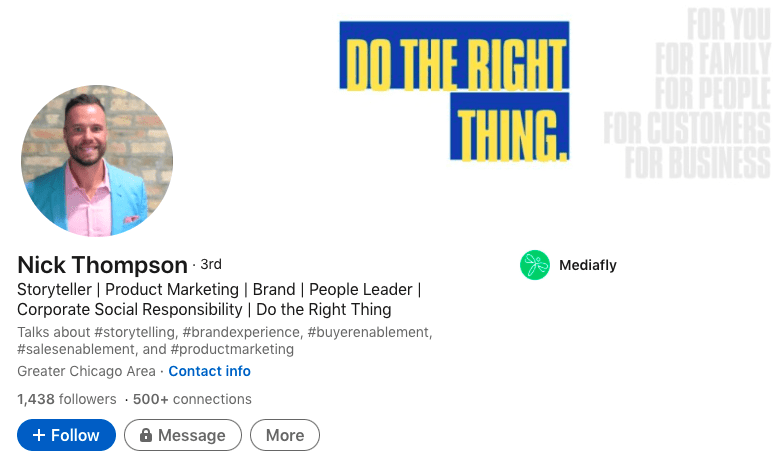 Ok, Nick could take the award for the most popular of all the Love Is Blind season two cast LinkedIns, with 500+ connections and a further 1,438 followers. He’s listed as a storyteller who works in product marketing. He’s extremely active on LinkedIn, sharing updates regularly and his profile is jam-packed with buzzwords, wow. Currently, Nick is Vice President of product marketing at Mediafly, where he has worked for seven months. He also has a degree in business.

Vet Shake is listed as “The Puppy Doc” on his LinkedIn, and has an extremely vibey cover photo to match his “checking vibes and saving lives” tag line. Iconic. He’s listed as a certified mindset coach, vet and DJ, which truly is a triple threat if I ever did see one. His most recent job is listed as being a vet for Companion Animal Hospital Partners, which he left last year. He got his doctorate in Veterinary Medicine and Surgery from the University of Minnesota in 2014 after studying for a degree in Animal Science. 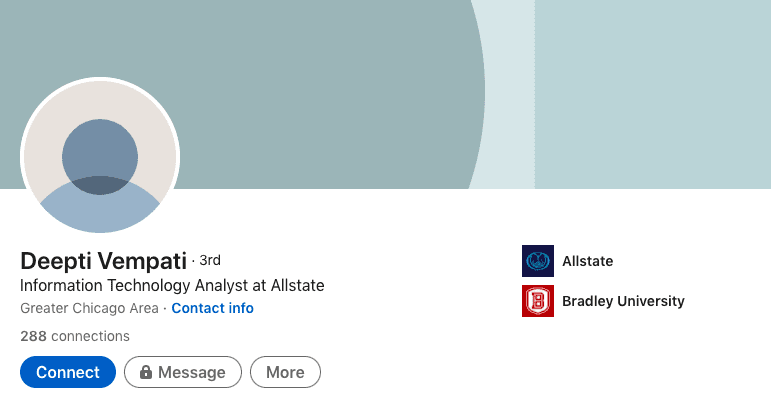 Deepti’s profile is a little bit empty as well, as she too has no profile or cover photo. She has 288 connections, and is working for Allstate in information technology – where she has worked for nearly eight years. Her profile says Deepti is “skilled in Event Planning, Microsoft Excel, Sales, Microsoft PowerPoint, and Public Speaking.” Deepti has a degree in Psychology from Bradley University. 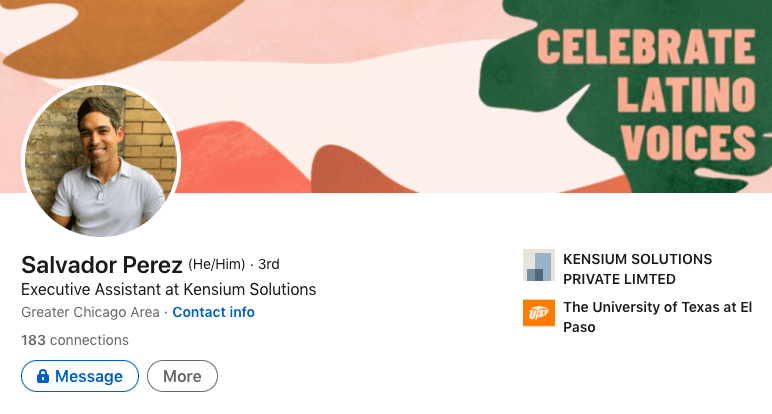 Just as you’d expect, Sal has a pretty wholesome looking headshot to kick off his LinkedIn. He’s listed as executive assistant at Kensium Solutions, a software company, where he’s worked for seven months. He’s previously worked as a receptionist at a hotel and a receptionist at the University of Texas, where he got his degree from. If you’re wondering why Sal always whacks out his ukulele and sings, it’s because he has a degree in Music Performance, specialising in vocals!! 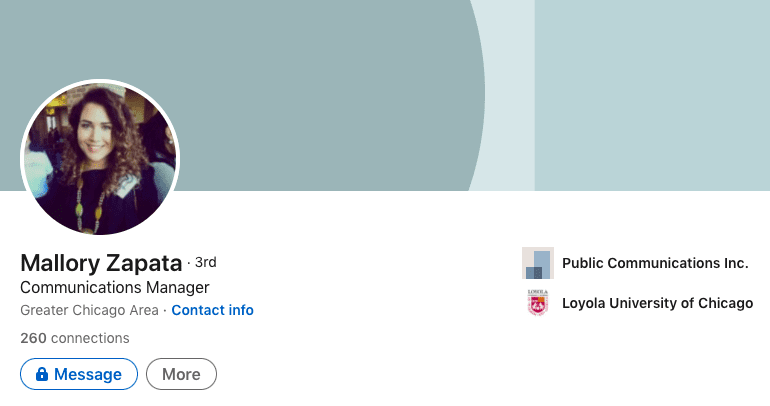 Mallory has 260 connections and is listed as a communications manager. She’s worked as a strategic communications consultant for nine years and was previously a brand ambassador for Banana Republic! Between 2007 and 2011, Mallory studied for a degree in Public Relations and Advertising for Loyola University, which is the same uni Natalie went to, but Natalie’s profile doesn’t state when she was there. 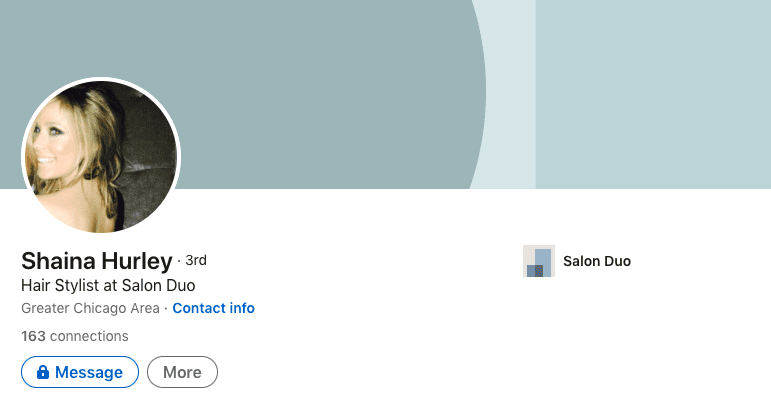 Of all the Love Is Blind season two cast member LinkedIns, Shaina’s is the most empty. Her picture really doesn’t even look like her and it just lists her as a hair stylist.

Season two of Love Is Blind is available on Netflix now, with the next episodes being released on Fridays. For all the latest Netflix news, drops, quizzes and memes like The Holy Church of Netflix on Facebook.

Related stories recommended by this writer:

• A rejected proposal and more engagements: What we didn’t see in the Love Is Blind pods

• Love Is Blind production secrets: 14 behind the scenes facts of how the show is really made

• Quiz: Which guy from season two of Love Is Blind would you marry?

Fri Mar 25 , 2022
NEW YORK (AP) — The Russian stock market opened Thursday for limited trading under heavy restrictions for the first time since Moscow invaded Ukraine, coming almost a month after prices plunged and the market was shut down as a way to insulate the economy. Trading of a limited number of […]